The rise of AVOD: Is SVOD hegemony at stake in some regions of the world?

UCAN (United States and Canada) is the region with the largest SVOD penetration globally, with 82% of all its households using at least one streaming platform according to BB Media, which aims to develop a global insight of streaming platforms consumption by having a presence in several countries that equal 60% of the worldwide population.

After UCAN, SVOD consumption is also significant in EMEA (Europe, Middle East, and Africa) and APAC (Asia Pacific), where 58% and 57% of households are SVOD consumers, respectively.

As described before, these high levels of preference for free access with ads make room for growth for AVOD platforms worldwide, which already have a foothold in most regions such as LATAM, where AVOD penetration reaches 37%. In UCAN AVOD penetration is slightly higher as it increases to 75%. Apart from this, much can still be achieved in APAC and EMEA as well, where AVOD penetration rate is that of 46% and 58% respectively according to BB Media.

In APAC, for instance, the AVOD market is not exclusively embodied in YouTube. There are other important services such as the Indian platform Sony Liv, with approximately 62 million households using its free version. China’s highly insular market is also another example of the diversity of AVOD platforms in Asia-Pacific, with Youku Tudou for example being characterized as the Chinese alternative to YouTube. 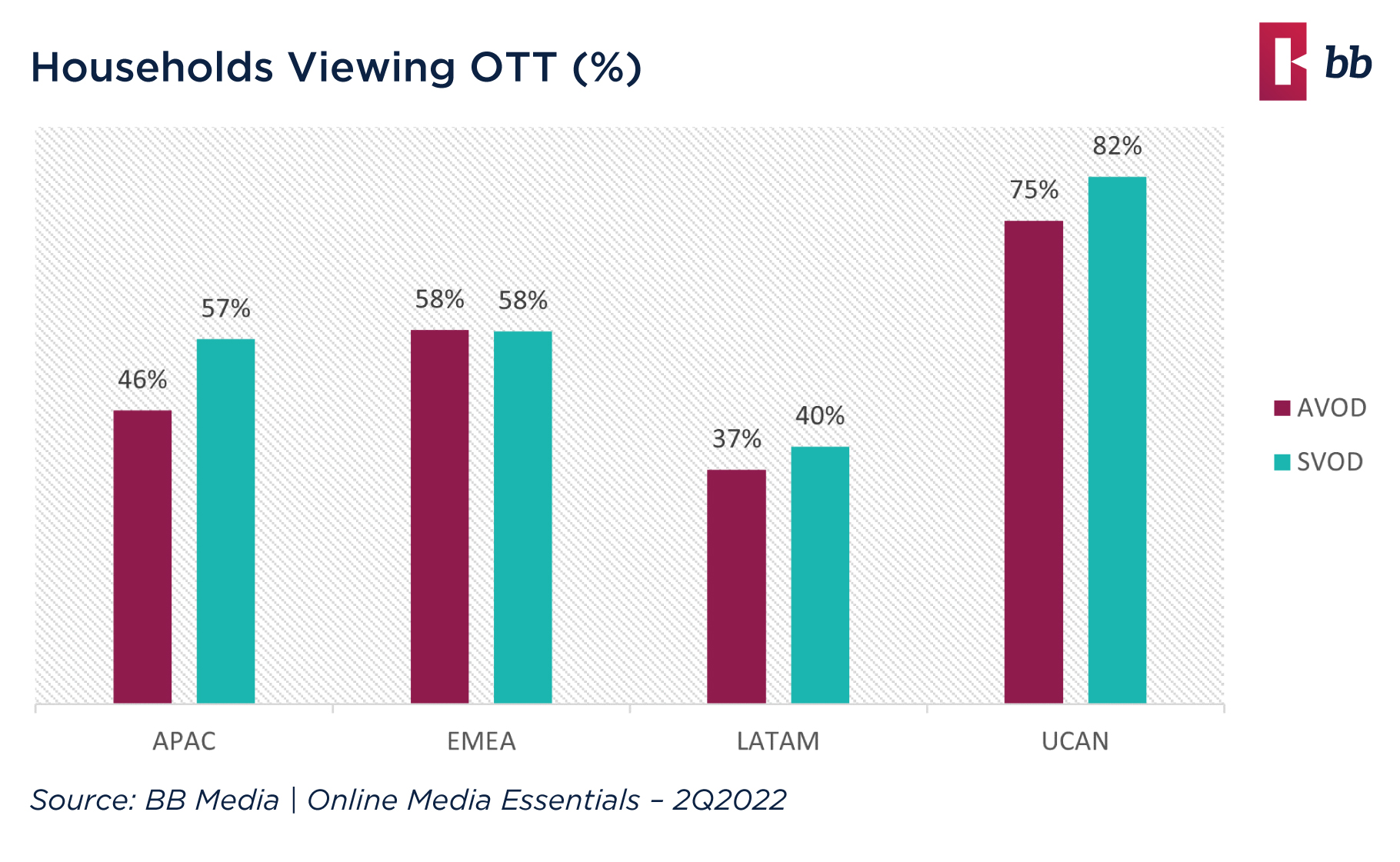 In conclusion, the Streaming Platforms Market is far from saturation. Its offer gets more and more diversified due to an increasingly competitive market that leaves room for the rise of business models that adapt to consumers of developing economies.