Netflix: Leading the Production & Distribution of Contents in Asia

Learn more about the Asian Streaming Market as Asia TV Forum is coming.

Asia is becoming the fastest growing region in the entertainment content industry. To be at the forefront of content success Asia TV Forum is a key event to attend, taking place between 7-9 December 2022. To learn more about this region BB Media made an analysis of Asia as it monitors 662 platforms  there with a total of 392,848 unique contents.

Top 3 streaming platforms with the largest catalog in Asia are KT (with 44,818 titles), followed by Rakuten TV (38,318 titles) and Naver (38,222 titles). All these streaming services have more movies than series in their libraries and have most of their titles under a Transactional model. An interesting insight is that KT has many Romance titles, being the third genre most offered in its catalog.

When analyzing the Asian market situation so far in 2022 it was found that Netflix, Studio Dragon and Omens Studios are the production companies that have produced the most titles this year. The tendency of this market is to produce more series than movies with Drama, Action and Animation as the predominant genres. Netflix is not only the company that produces the most content on the continent, but also the one that distributes it the most, followed by The Walt Disney Company and Warner Bros Discovery.

Another interesting point to analyze is Japan as is one of the countries with the greatest number of titles in the region. Regarding Japanese consumption and their point of view, the most remembered titles from the Q2 of this year are “Top Gun: Maverick”, “Minions: The Rise of Gru” and “Star Wars Saga”. Furthermore, the main reasons why Japanese people watch content from streaming services is because of the availability, meaning they can watch them anytime (72,46%) and anywhere (54,72%). 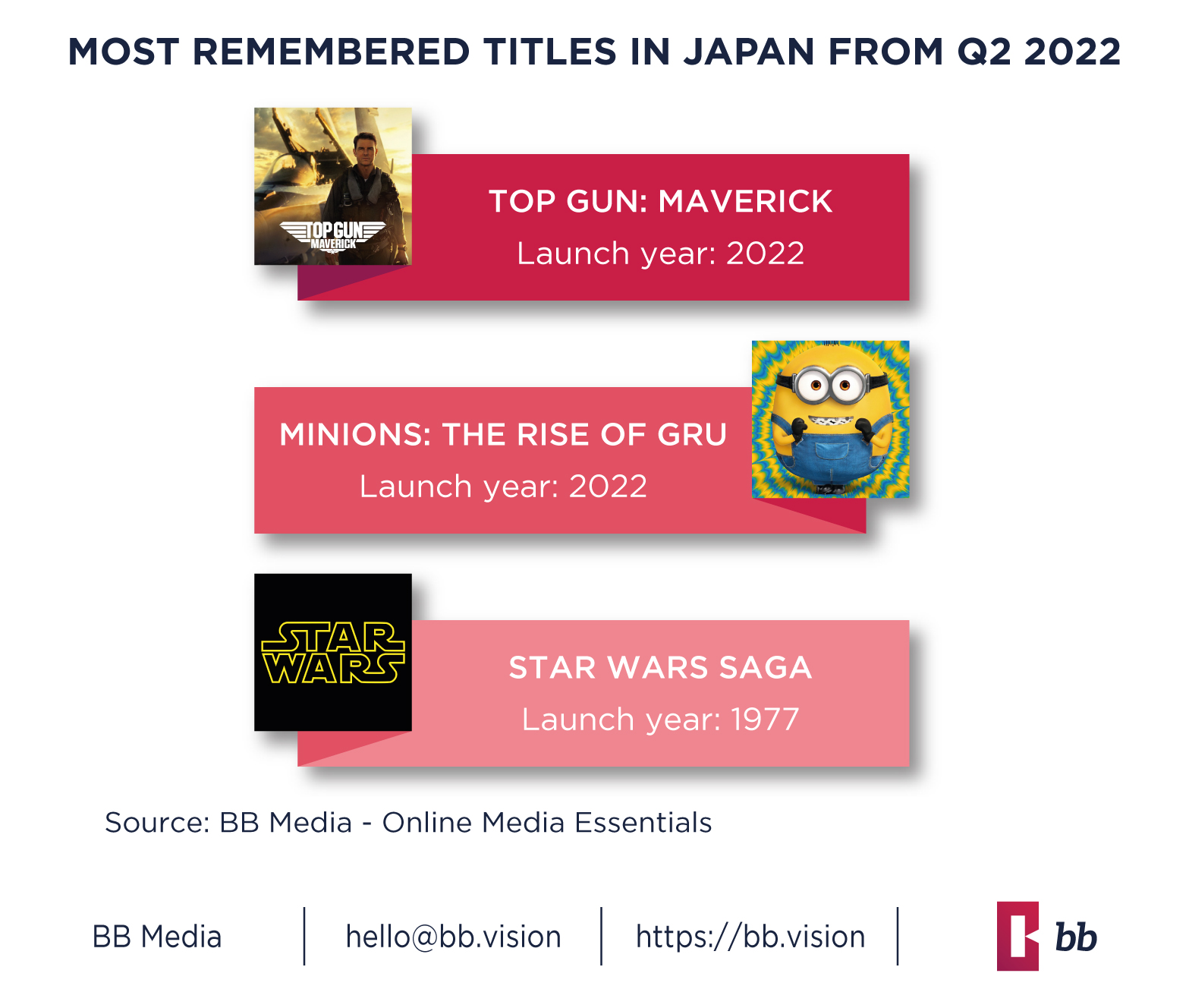 The Asian market is constantly growing, being currently the third continent with the largest amount of content; preceded by Americas and Europe.

To coordinate face-to-face meetings with Tom Gennari (CEO of BB Media) at Asia Tv Forum, get in touch with: tg@bb.vision